Setting up a Group-wide system for Folders and Projects

In Labfolder, data are organized in a hierarchical structure, from Entry elements to Entries, Projects and Folders. While the actual experimental data capture is stored in Entries on the Notebook page in Labfolder, Projects are organized on the Projects page. Here, you can create an unlimited amount of Folders and Sub-Folders within the Group Projects Folder of a Labfolder Group. Organizing Projects in these different folders makes it easy to structure research data. Therefore, it is recommended to set up a common Folder system for the organization of Projects within a Labfolder Group. Such a predefined Folder structure can varie, depending on the type of laboratory, as seen in the following examples. 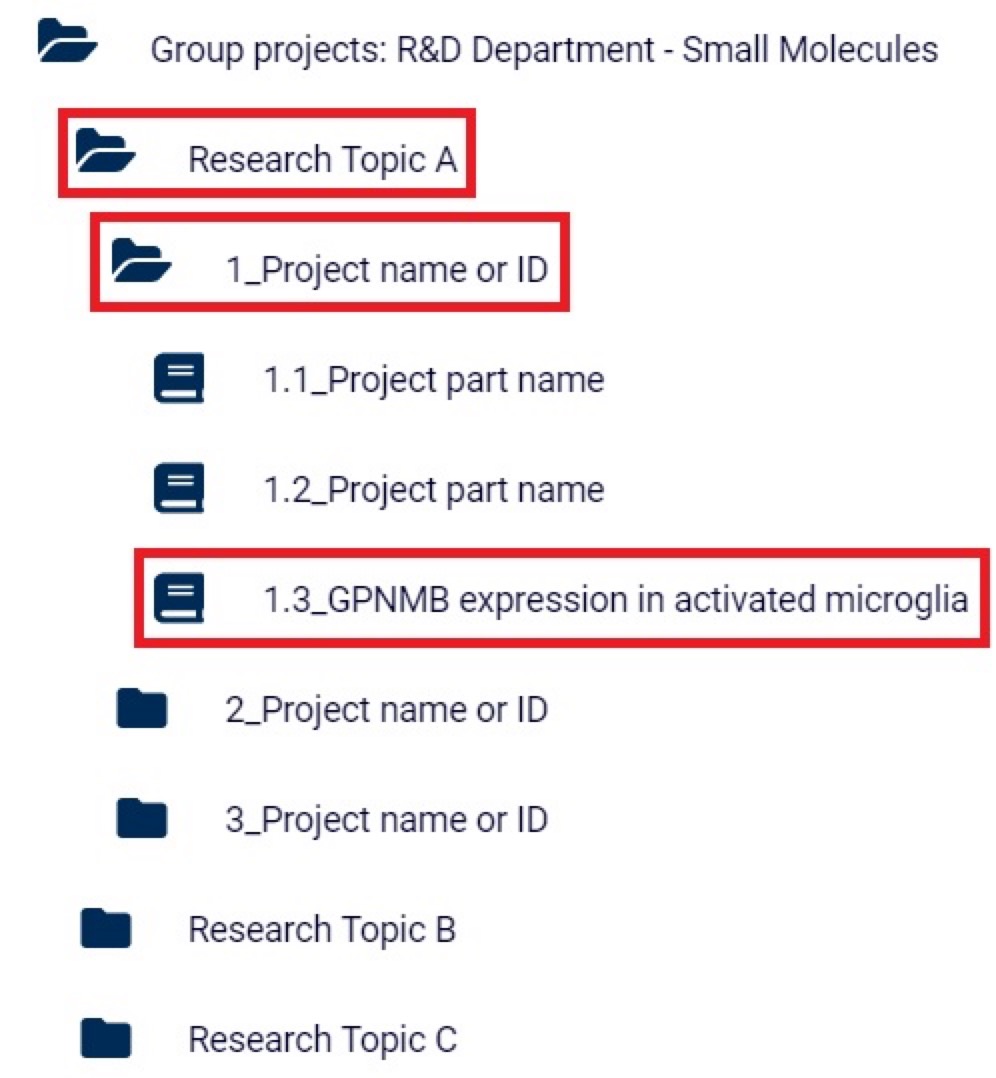 In the case of a Research Institute with several research units and numerous laboratories, the Folder structure on the Project page is based on the Labfolder Group structure. A Folder for each research unit is created within the Group Projects Folder. In the research unit Folders, Sub-Folders are created for individual research labs. Those contain the lab's Projects, which can be named using the abbreviation of the respective research unit, the name of the lab and the Project description. 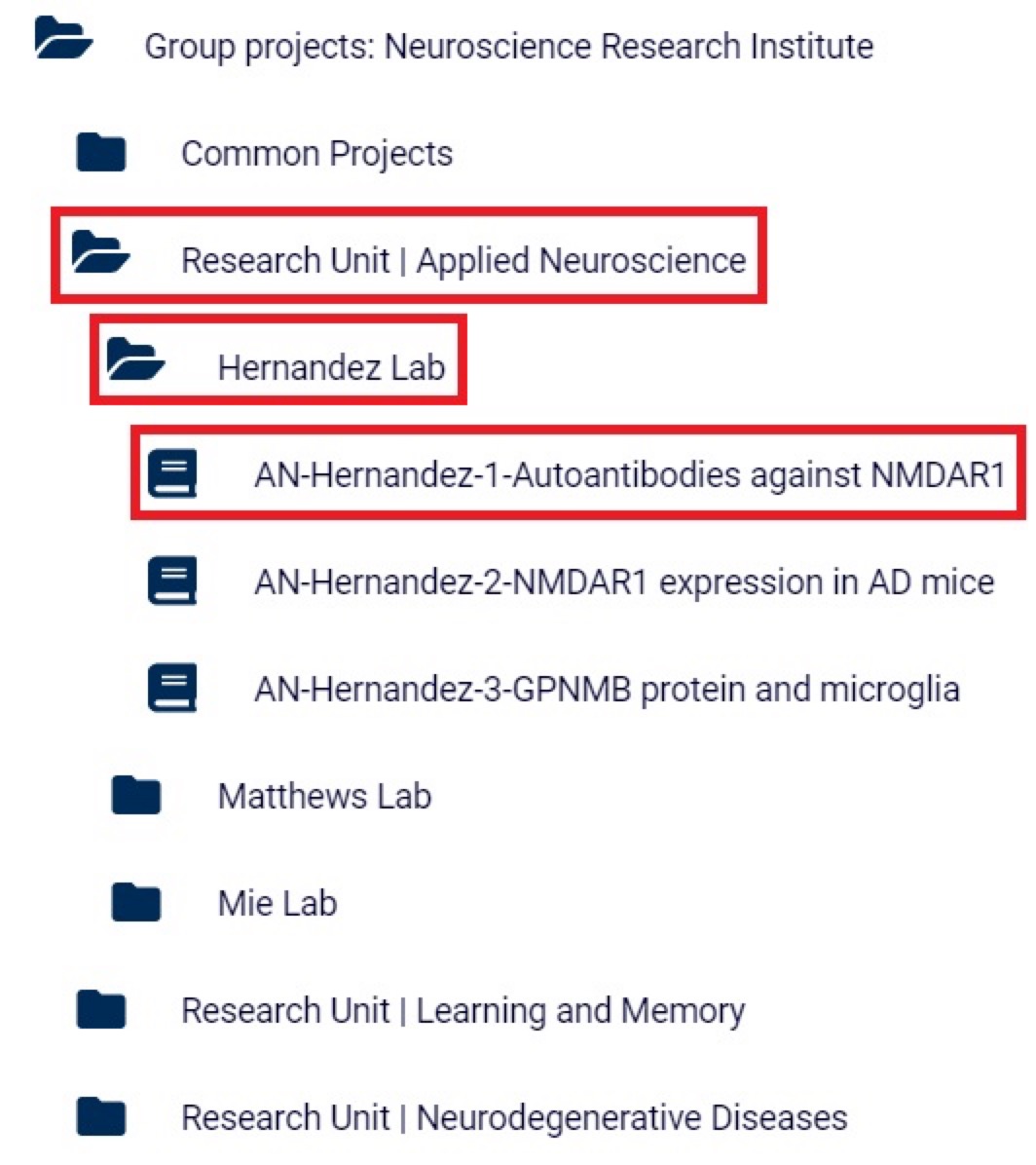 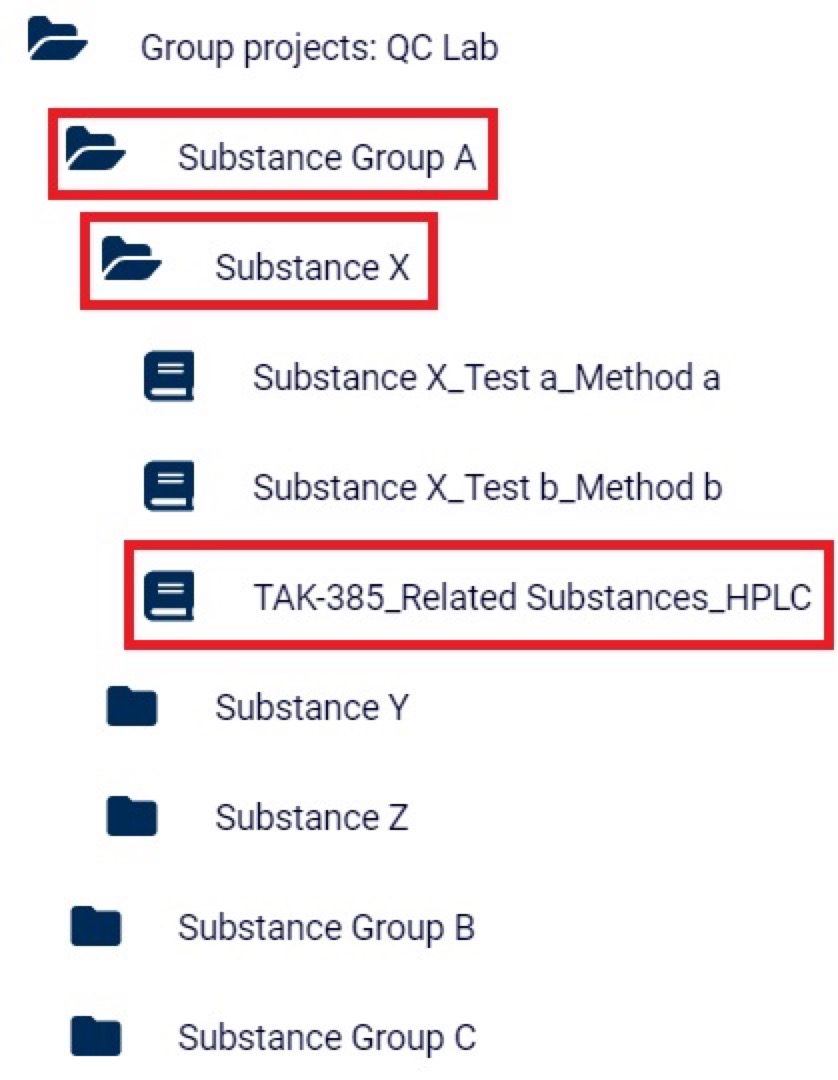 It is recommended to align on a Group-wide Folder and Project structure as early as possible. Yet it is also feasible to rearrange the Folder and Project setup of a Labfolder Group at a later time point, as Project and Folder owners as well as Group administrators can rename Projects and Folders and move them to other Folders.

Did you find it helpful? Yes No

Send feedback
Sorry we couldn't be helpful. Help us improve this article with your feedback.